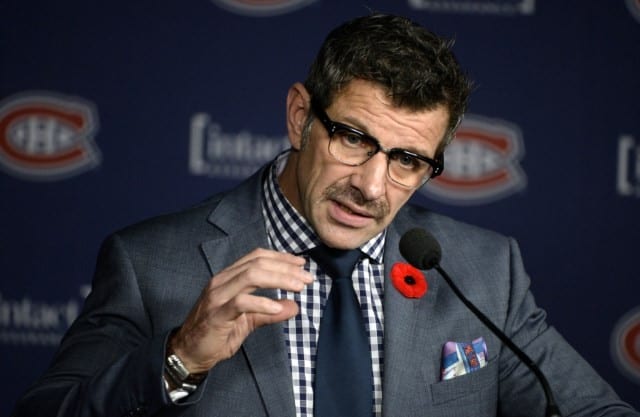 This is the case with Montreal as Charles Hudon and Jordie Benn currently will not fetch market value. Hudon might be worth a late-round pick at best and Benn maybe a notch higher than that. Here is why a scout said this.

“It can change as we approach the deadline, but there are so many established sellers in the market that the second-tier UFAs like him could go for less than what we’ve seen in the past,” he said.

Even Hudon as a restricted free agent is insurance at this point which means he might garner a sixth or seventh round pick. That just does not move the needle. Things could change, however. Marc Bergevin must be alert to that.

Boston has options this trade deadline…

Marisa Ingemi of the Boston Herald:  The list of names Boston may be interested in is not that short. However, the bigger moves would involve Wayne Simmonds, Brayden Schenn, and Micheal Ferland.

After that exists a second tier of Kevin Hayes and then Charlie Coyle. One name that pops up every so often is Mark Stone. Stone enjoying a career season plus averaging around a point a season last year drives up his price a little. However, if Boston is going for it full bore, inquiring about Stone must be done.

Ted Kulian of The Detroit News:  Jensen came a long way from training camp. He went from healthy scratch to one of Detroit’s most dependable defensemen. The Red Wings need to fill some holes and Jensen is a trade worthy asset.

Jensen is 28 and in the second year of a two year deal ($1.625 million AAV). His price is reasonable and could net Detroit a nice return.

His skating is his biggest attribute but his tenacity has become what Jensen is known for. Nick Jensen excels on the penalty kill which would be important to any contender come the trade deadline.