A pair of veteran additions is paying off as the Providence Bruins continue to gain ground on the Atlantic Division’s final playoff spot. Gemel Smith and Paul Carey took different paths to get to Providence and are in different stages of their careers, but they look to be a couple of strong mid-season additions by the organization.

Smith was claimed off waivers from the Dallas Stars on Dec. 6. After three games with the Boston Bruins, Smith was sent to Providence where he had an immediate impact on the P-Bruins, posting a 6-6-12 stat line in 12 games. While the move to the Bruins’ organization may not have worked out as Smith hoped, he still appears motivated.

He brings 80 games of NHL experience to the lineup, spending last season in Dallas. He was a fourth-round pick in 2012 and is producing at a higher rate in the AHL, despite the small sample size, than he did with the Stars.

Smith’s game benefitted from playing at an NHL pace for parts of the last three seasons. He’s strong on the puck and he’s been patient, setting up a couple of goals by keeping possession. The game has slowed down for Smith since his last stint in the AHL. At 24, he still has a chance to get back to the top level. It may seem odd to call him a veteran, but Smith has over 200 professional games under his belt. 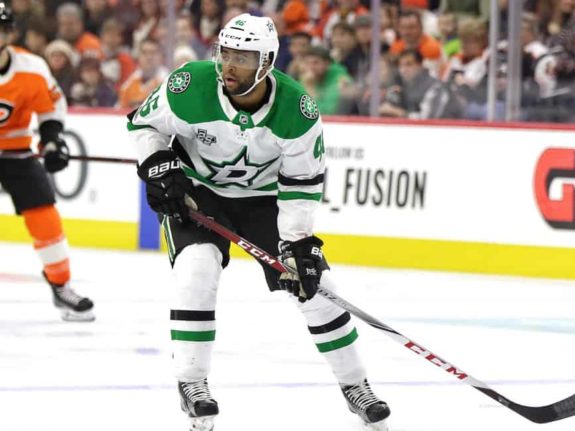 For the P-Bruins, it would be nice to have Smith stick around for a while. Given where he’s coming from, it’s likely not what the player wants. However, a motivated Smith could help the P-Bruins, who haven’t had a consistent forward group all season. It would do wonders for the playoff push to have a veteran forward stick with the team after Jan Kovar left and especially after the Martin Bakos experiment.

If Smith keeps producing at a point-per-game pace, he will deepen the Providence lineup considerably. Jordan Szwarz can play with Ryan Fitzgerald and Anders Bjork (when both are healthy) and with Smith on the wing with Mark McNeill, they should provide secondary scoring. They have already looked comfortable playing together.

The other big addition up front is Carey. The P-Bruins knew what they were getting when they traded Cody Goloubef to the Ottawa Senators for the 30-year-old Boston College alumnus. Carey not only provides some veteran leadership but he’s a proven scorer at the AHL level.

Similar to Smith, Carey is coming off a season when he spent most of his time in the NHL, playing 60 games for the New York Rangers. At 29, it was the longest look any team has given the Boston native at the top level.

The Bruins were looking to fill an AHL need with this trade. With Peter Cehlarik getting the call to Boston and Fitzgerald’s injury, Carey leads the team in points this season. He posted five goals and 22 assists for 27 points in 29 games with Belleville. Carey introduced himself to the P-Bruins’ lineup with a goal in a 4-3 win against the Springfield Thunderbirds on Saturday. 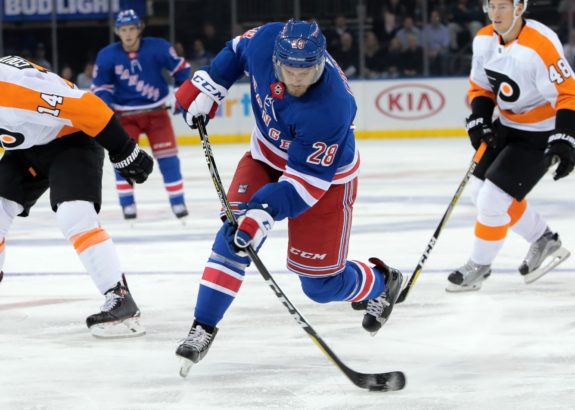 Carey can slot into the top line as long as Fitzgerald and Bjork are out, making the forward group even deeper when they return. He jumped right in on the league’s eighth-ranked power play and helped create some chances.

Trading Goloubef wasn’t an easy decision. Although he only spent 16 games in a P-Bruins sweater because of injury, he made an impact in many of those games. The organization traded away a mobile defenseman with good size and offensive instincts, but again it was all about need. Especially with Urho Vaakanainen returning, the blue line is starting to get crowded. Not to mention the team has struggled to score. The Carey-Goloubef swap should make each team happy with the return.

The P-Bruins are heading into their final weekend before the All-Star break two points back of the Thunderbirds for the Atlantic Divisions final playoff spot. They appear to have righted the ship in Providence, taking five of a possible six points last weekend. If they can have another three-game weekend like that, the team will be sitting in a playoff spot at the break.